My research addresses the question of when and why philosophical argumentation is effective in creating knowledge, changing beliefs, and altering behavior. The goal is to derive empirically grounded lessons for improving our practices in professional philosophy and for increasing the positive impact of philosophy on our societies.

My current project focuses on Hume’s positions on how beliefs are generated and stabilized through philosophical argumentation, as well as the ways in which we can leverage an improved understanding of the process of philosophical belief formation to accelerate philosophical progress. This project, titled “Hume on the Power of Philosophy” and funded through the summer of 2023 by a €100,000 Irish Research Council (IRC) grant, is based at University College Dublin under the mentorship of Dr. Ruth Boeker. In this project, Hume’s account of how we respond to philosophical reasoning is far from a historical curiosity. I seek to establish whether an account like Hume’s is correct by evaluating the degree to which his positions conform with prevailing psychological theories and can be experimentally confirmed. Two papers from the project are presently under review at journals, and two more will join them this coming spring.

The empirical viability of Hume’s unique blend of philosophy and psychology has implications not only for Hume scholarship but also for pedagogy, public outreach, and research trends in philosophy more generally. One might think that the soundness of an argument is sufficient to convince—that people will accept the truth if only they fully understand it. But the often-limited effect of philosophers in convincing each other and shaping public opinion indicates otherwise. Hume proposes a systematic set of explanations for this gap between argument and belief. As I argue in my recent Hume Studies article, Hume’s acceptance of the existence of sound philosophical arguments for conclusions that we cannot stably believe plays a central role in his core argument in Book 1 of his Treatise. If the Humean perspective is right, then philosophy should be understood as an austere application of the light of reason and as a science of persuasion within social contexts, with an emphasis on the latter. I am motivated by the prospect of uncovering new strategies to persuade through and in concert with philosophical argumentation.

Alongside my IRC project, I have been investigating Hume’s proto-constructivist views on the constituents and structure of arguments—his views on propositions, implication, logical principles, and truth. While I have two papers on these topics under review, my next project will be a book that expands upon them and synthesizes this strand of my research with the results of my IRC project. The goal of the book will be to present and evaluate the viability of Hume’s epistemological and psychological positions on philosophical argumentation. I plan to complete the proposal for the book by the end of this coming summer, and I expect to complete the book itself over the subsequent two years.

Defending Humean Positions in Epistemology, Philosophy of Mind, and Logic

I am sympathetic to many of the philosophical positions occupied by Humeans, including those of Hume himself. In several papers under development, I am working on defending some lesser-known Humean views against contemporary alternatives. While there has been a lot of focus on Humeanism in philosophy of science and metaphysics in the contemporary literature, many Humean positions in epistemology, philosophy of mind, and logic are seldom discussed and in need of advocates. 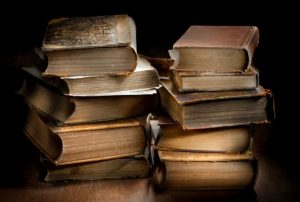 I have wide interests–ranging from Aristotle to the early analytics–but much of my focus is on the early modern period. In a variety of research projects, I am exploring early moderns’ contributions to metaphysics, epistemology, and philosophy of mind. One of my main goals is to unpack the views of the early moderns in contemporary terms. We can get a clearer picture of the views of the early moderns by attempting to express them (and the arguments for them) in the more precise terms that we have developed since their time. And when we cannot do so, this is itself illuminating and fruitful, as it can reveal ways in which contemporary philosophers have lost some of the conceptual richness available to their forebears.

The Potential of Artificial Intelligence to Change Philosophy

The era of computers is in full swing and the era of artificial intelligence is upon us. 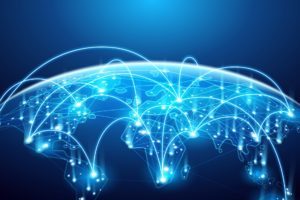 Despite this technological progress, philosophy remains stubbornly resistant to any technologically-driven structural changes. I and a co-author (Caleb Ontiveros, a computer engineer) are exploring various aspects of the relationship between philosophical argumentation, persuasion, and AI.

Many of Hume’s positions have received as much attention as those of any other early modern figure, but his position on knowledge has been surprisingly neglected. In my dissertation, I develop a general interpretation of Hume’s position on knowledge. The most striking features of Hume’s account, under my interpretation, are that (i) instances of knowledge are immediately present perceptions and (ii) the objects of instances of knowledge are relations between some of their parts. The exegetical and philosophical implications of this account are significant. First, I argue that Hume runs afoul of the widespread contemporary dogma that knowledge entails belief, both in cases involving sense perception and in cases involving abstract philosophical reasoning. Second, I argue that knowledge infallibilisms like Hume’s—views that maintain that a knower could not err with respect to what she knows—are compatible with the negation of external world skepticism, contrary to the consensus in the field. Some strains of direct realism provide ample space for the infallibilist of Hume’s stripe to deny this skeptical conclusion. Third, I argue that some of Hume’s “demonstrations” do not, in fact, generate knowledge. (Demonstrations are, among other things, sound arguments with necessary premises.) Since Hume is widely interpreted to hold that these demonstrations have literally unbelievable conclusions, this means that Hume maintains that we can demonstrate claims that we can neither know nor believe.